Randy Char, broker owner of Char Luxury Real Estate set the record with the highest-priced known resale of a condo at just over $8 million.

Unit No. 1802 at One Queensridge Place, 9101 Alta Drive located in highly affluent Summerlin neighborhood. “What really sold it was the incredible views around the city and a phenomenal two-story great room that’s unbelievable,” said Char.

One Oueensridge Place has two penthouses known as Crown Penthouses in each tower. Unit 1802 has six bedrooms, with over 14,700 sq. ft. of lavish living space, occupies two floors with 360-degree dramatic views of the city, with more than 2,000 sq. ft. of outdoor deck space, a private pool and spa, built-in barbecue, and six-car garage. 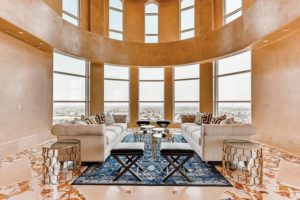 Char sold two other penthouses on the development for $7.7 million and $6.03 million since 2015. “It’s nice to see One Queensridge Place back on the radar screen with high prices,” noted Char. Although, he explained it didn’t happen overnight. Originally listed two years ago at $11 million and later for $10 million and stayed on the market for one year. It took a buyer with a special appreciation who has the financial ability to do so, he said. 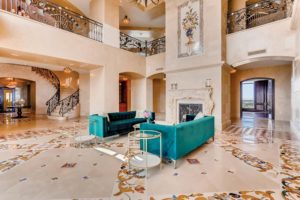 The seller was listed as Tarry Faries of Virginia. Tarry and Durward Faries, an inventor and entrepreneur who died in 2011. 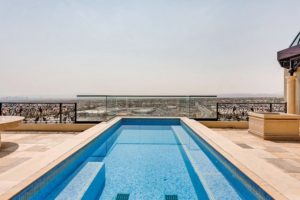 Char noted there’s not many ultra-high-end penthouses in the marketplace and most are not even for sale. “Maybe if more came up, more would sell, but we just don’t have that many.” 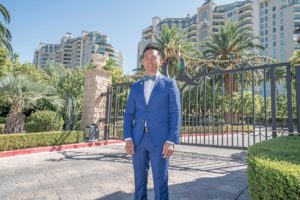