The Queen of her own Empire, Elena Cardone is a woman of multiple traits, a true inspiration. A woman who brings a whole new definition to success. A lifestyle influencer with such a strong passion and desire into being, the best that she can be.

Make up by Kiki Tobar

Originally stepping into the fame spotlight and being recognized as one of Hollywood’s successful actress and model, Elena Cardone has really turned the tables when she started pursuing her own personal drive.

With such a strong portfolio from being the best-selling author of “Build An Empire,” to being a real estate investor, tv host for “Woman in Power” and co-host “The G&E Show” (with her husband Grant Cardone) Elena Cardone has a flame burning inside her to do what it is that she really loves to do which is— leadership.

We recently gathered together for an all exclusive interview with High Rise Life and here is what Elena had to say. 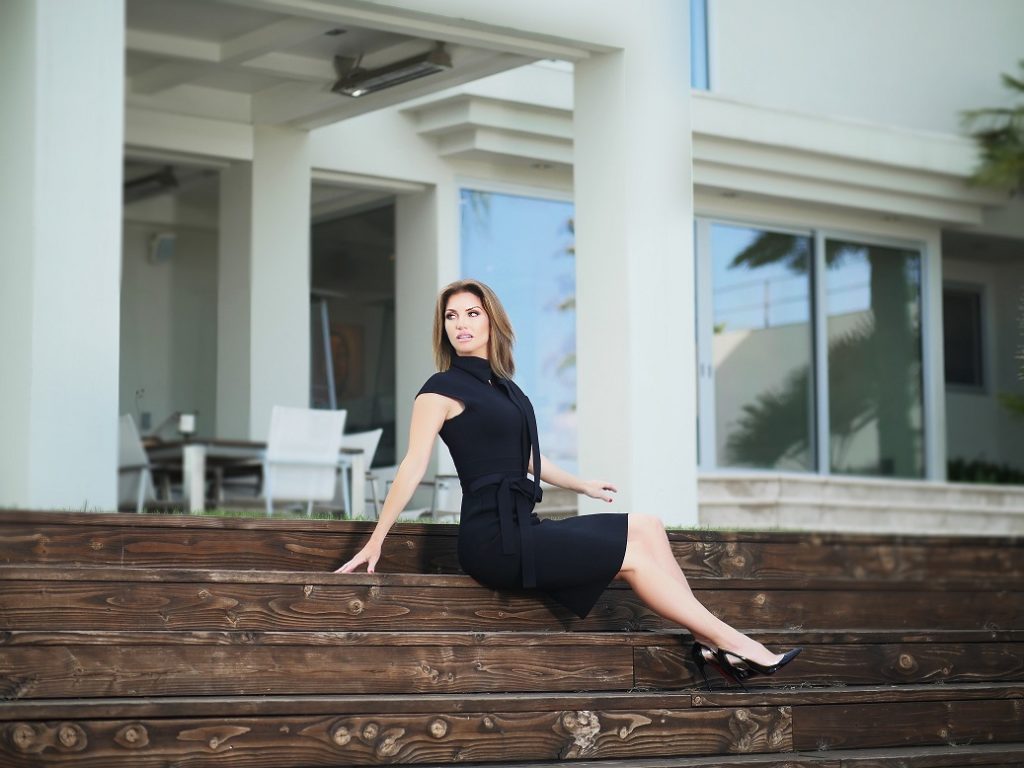 Q: How do you define leadership success?

Leadership success is defined by looking at the success and wellbeing of the people within the organization’s empire. If the leader of the organization can inspire and empower the members of the group to follow the philosophies and culture of the empire to not only work for, defend and grow the company but also expand and thrive fully in their own lives. Leadership success is based on how many people you encourage and hold accountable to show up as the best version of themselves who then go out into the world and have the audacity to make life better for themselves and others.

Q: What are some of the major obstacles to female leadership that you’ve had to overcome?

Ladies get rid of the idea that people don’t take you seriously because you are a woman. That is a made-up belief in your own head. If you keep this adopted belief about yourself, you will continually find yourself having to overcome obstacles making you ultimately right that “females” somehow have it harder than men.

No one takes anyone seriously if you aren’t professional or if you don’t have a proven record or static in an area. However, when you have earned your position or have become a master in your field (providing you are an ethical good person) EVERYONE will take you seriously at that point. It will not matter who you are. People of all races, sexes, religions etc. respect me now and it’s easier to be a powerful female leader because of who I am, what I have helped build and for the knowledge I impart. The only “obstacle” has been being disciplined enough to become an asset to myself. I had to work on myself to consciously become better and change my old thoughts, had to self-educate, and use all the grit I could muster to do whatever it took to mine the greatness within.

This is what it took to finally achieve success. I earned it. I was going to earn it no matter who doubted me, hated me, or sought to destroy me along the way. I was never entitled to anything in my life so I certainly would not include throwing a temper tantrum or screaming “unfair” along the way. Everyone will have set backs, everyone will have haters and naysayers (regardless male or female) but if you can overcome your own false beliefs of why you aren’t where you want to be or why you can’t get anyone to follow you, you will have taken one giant leap towards leadership.

Leadership is about taking responsibility for yourself, your circumstances, and leading the way for others. Leaders don’t blame others for their failures or make excuses for their lack of success. Leaders work on themselves more, find their own inner strength to push forward and become bigger when life tries to keep you down. They earn credit and all their success, and they never stop or quit until they KNOW they are an unstoppable force. 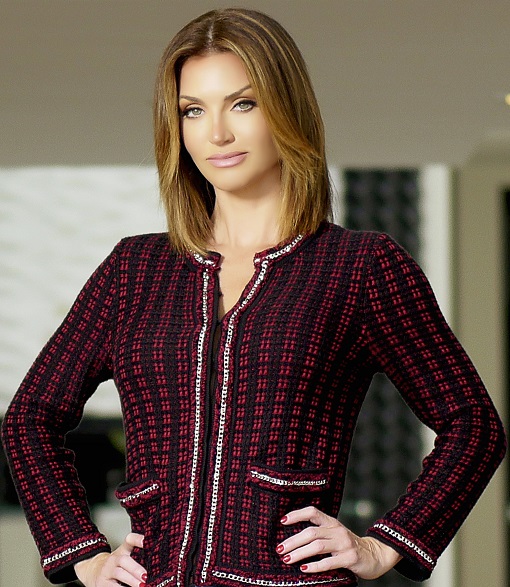 Q: What is the most important characteristic, trait, behavior, and/or skill a leader can possess?

A leader needs to be the toughest, smartest, most disciplined person in the empire. A leader is self-aware and observes all and knows who to avoid and who to let in. The leader is willing to take a stand and make analytical decisions based on the greatest good for all involved without needing approval from others. Leaders are fair but are not worried about being liked.

A Leader is willing to fight for what’s right and is tough enough to take a hit and strong enough to deliver a blow.

Q: In your opinion, what are some of the biggest mistakes that most businesses make?

The biggest mistake is thinking and playing too small. They aren’t willing to think outside of the norm. They try to fit in, make the status quo, do things the way it’s always been done and fly under the radar. They don’t train, promote, follow up, or stay current. Shifting to a larger mindset will help you to see opportunities that might be invisible in front of small minds. Shifting your thinking away from the norm and into the bigger picture will mold your empire but you must be willing to promote and get yourself and your products known.

It’s not about who knows you. It’s who knows YOU. If someone doesn’t know you or your product, it will be impossible for them to do business with you. It’s like my husband, Grant Cardone says, “If they don’t know you, they can’t flow you!” Other common mistakes include not collaborating with others, not hiring more people and not knowing how to generate more revenue. They will focus on “budgets” in order to save rather than hit the phones and make a sale for example. Companies are afraid to spend or use money in order to grow and expand and it keeps them small. 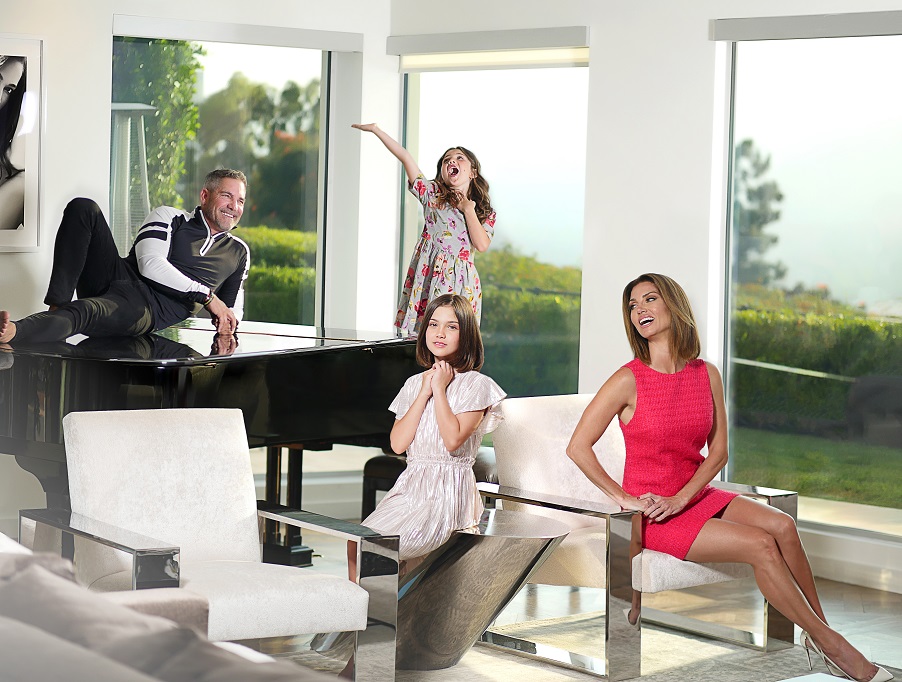 Q: What keeps you motivated?

My mission is to help the 7 billion people in the world gain financial freedom, build their empire and have it all. It’s the kind of huge, impossible target that it keeps me excited and motivated.
This mission helps me continue and gives me the inner strength needed to blow past any doubts, temptations or distractions. My husband, Grant and my two girls support my goals and we are a team. Team Cardone and who we are as a family make me stronger together than I am alone.

Q: Who is your role model?

I love Audrey Hepburn. She was an extremely talented actress. I love her grace, style and class. She remained unscathed by Hollywood which is difficult for many but not this glamorous Hollywood royalty. She had a heart of gold. She was a philanthropist and was happy to help and serve the world. She was so passionate and used her stature to help mankind. I just adore her and everything she did.

Q: We’ve all had to make sacrifices to get to where we are now, what was your biggest sacrifice?

My biggest sacrifice was going all in on Grant. I had an acting career and I was always taught never depend on a man. Yet, in order to build an empire, I realized I could no longer only think about myself. I had to decide, so I traded in my career in order to trade up. It was not an easy decision. It was tough to tell my family and my friends I was going all in on a man.

It was a sacrifice to support my husband, sell our house, leave all my friends in Los Angeles, and move to Miami to start a new life. You can’t get to where you want to be by staying the same. I had to be willing to give something up in order to have it all. It was a sacrifice that has paid off ever since. 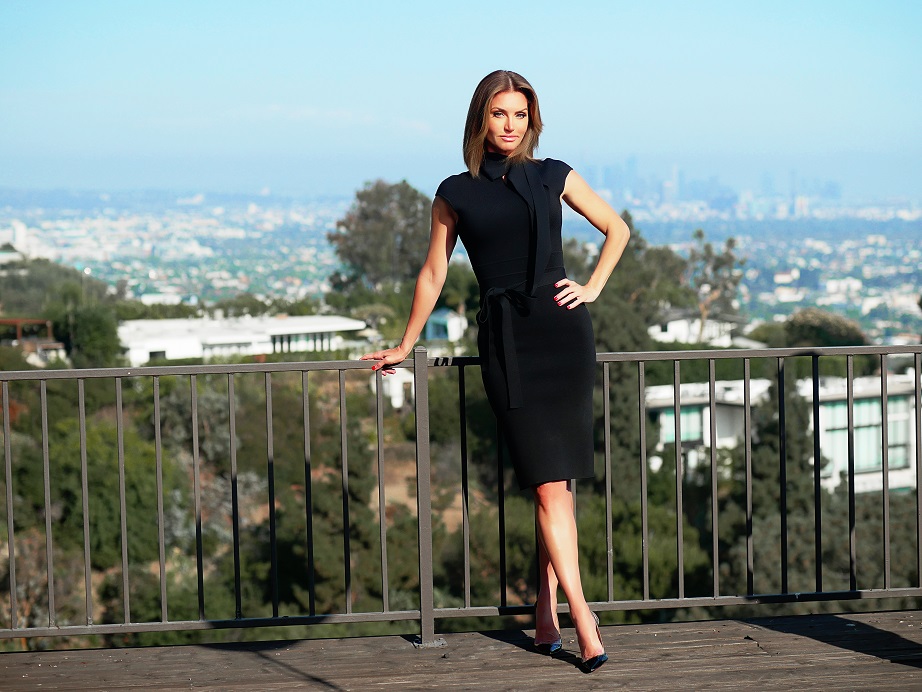 Q: It’s not easy climbing up the ladder of success, what is some advice you would like to give those who are just starting up their own business?

Get a good team and don’t go at it alone.

Q: What does it take to becoming successful in “Building an Empire”?

First and foremost, you must know who you are and what your purpose is. Get very clear on what it is that you want and what you must exchange with the world. What is your product or service? What do you want others to have as a result of having done business with you?
Then get so dedicated to your mission, that you do not stop or quit during challenging times.
Get others sold on your mission so that it also becomes theirs. Expand and grow. 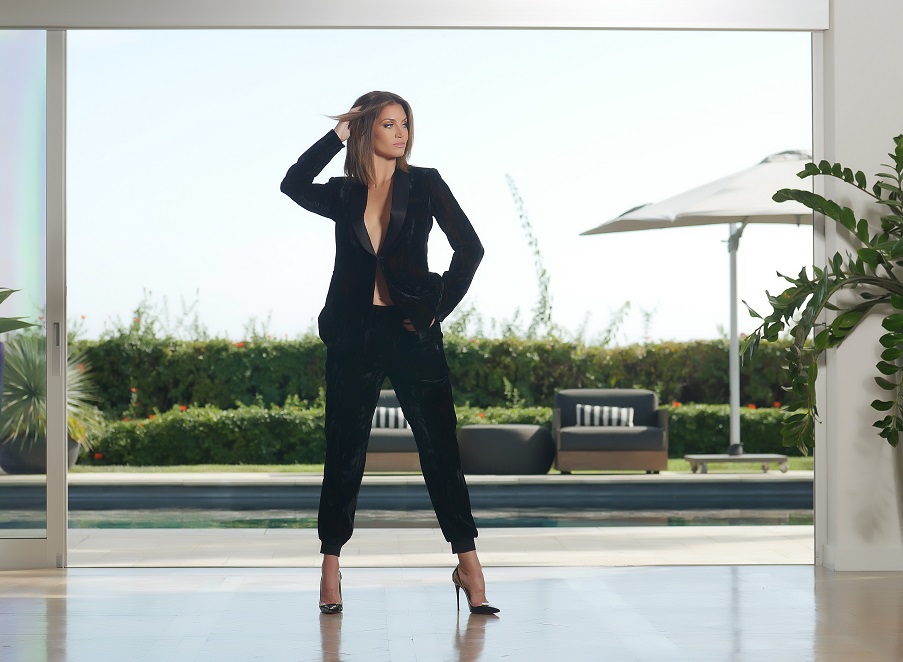 I am very excited to announce that I will have my online course, Build an Empire University available soon. It will be a deep dive for getting anyone on the right path and fast tracking their success to building, protecting and growing an empire. The link is elenacardone.com/preorder. I also have my book Build an Empire- How to Have it All avail in Spanish. You can order that at Elenacardone.com/empire.

I am also doing an interview show featuring Women in Power of around the world as well as a relationship show with my husband called The G&E Show which you can watch on YouTube.com/elenacardone or listen to on ITunes.com/elenacardone

We have the 10X Growth Conference coming up Feb 21-23 in Las Vegas where we bring entrepreneurs from across the globe for a powerful 3 days of knowledge and tools that will help you grow and expand at 10X levels. Tickets are still available at 10XGrowthcon.com

But my legacy and the thing I am extremely proud of is Cardone Capital. We give non accredited and accredited investors and opportunity to partner with us on some of the best real estate assets available. We provide cash flowing opportunities for our investors which is changing their financial conditions.

The link to check out what we do there is CardoneCapital.com.

0
Jennifer Gonzales October 1, 2019
No Comments Yet