In today’s fast-paced business climate where nothing is certain but rapid-fire change, masses in business and work life have surrendered themselves to “overachievement” in pursuit of career success. Not just ordinary success, but rather the kind that exceeds expectations courtesy of excessive “above and beyond” effort put forth. Some relent to a life of overachievement willingly and enthusiastically as they yearn to earn, while others grievously succumb to a multitude of pressures (both external and self-inflicted) and work themselves to extremes in order to achieve and maintain an enviable stature and lifestyle overall.

While overachievement certainly has it’s tremendous share of virtues, having induced profound innovation, breakthroughs, productivity and abundance for individuals, organizations, industries and economies at large, there’s oft a dark side to this extreme approach to advancement. For some, yes, dreams come true, but throngs of others miss the mark despite best efforts. “This often happens because they’re aiming for achievements instead of at a deeper understanding of themselves and of what they want,” asserts Keren Eldad, a certified business coach and keynote speaker—trusted advisor to industry-leading executives, acclaimed entrepreneurs and premier organizations like Beyond Capital, Luxxotica, Van Cleef & Arpels, YPO, LVMH and IWC.

“It’s a silent story shared by many who present a happy, accomplished and enviable image: one of putting on pretenses and internally writhing with angst and anxiety, of never having enough, of insecurity, doubt and dissatisfaction—a state I have coined the ‘Superstar Paradox,’” Eldad says. “The paradox is when pursuing the illusory things we think we want actually produces undesirable results like strain to keep up low self-worth and general unhappiness—and those consequences actually impede our ability to attain what we want. It can become an exhausting and hugely debilitating vicious circle.”

According to Eldad, the Superstar Paradox is a tough condition to solve because there’s one major, difficult hurdle to get past: admitting there’s a problem. “This requires relinquishing our main armor: that we know everything; that we have things ‘figured out,’” she says. “The key lies in accepting that ‘we don’t know what we don’t know’ and developing the courage and means to swap illusory happiness for a bona fide pursuit of wisdom that can bring true fulfillment, power and possibility.”

That’s easier said than done, of course, and as daunting and even enigmatic as it might seem, taking that proactive first step is critical. So, in the spirit of “starting somewhere,” Eldad offers the five foundational insights below to help ensure some of your overachievement behaviors or mindsets won’t actually be undermining your success—or your level of life satisfaction even after you’ve actually realized superstar status. 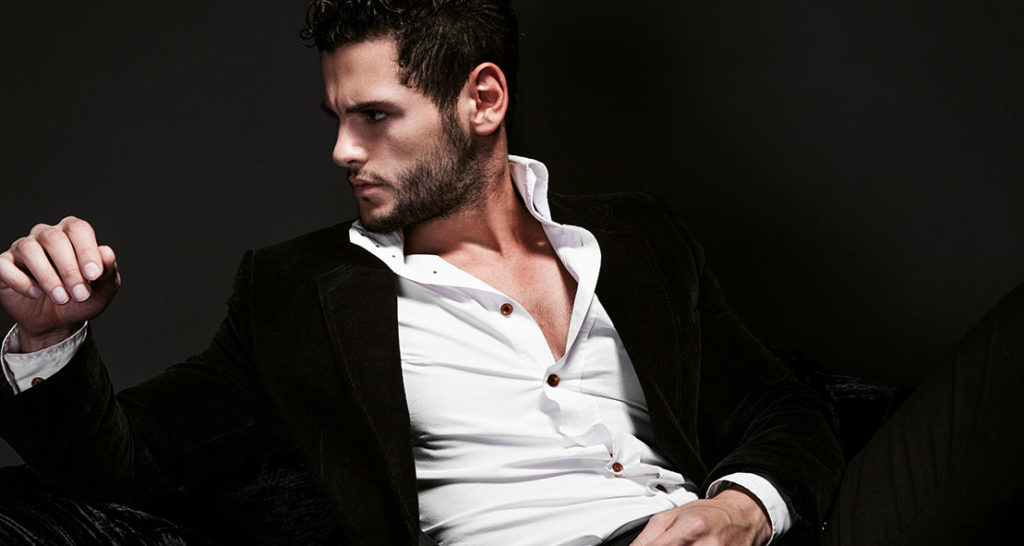 ● Reframe your success story. Overachievers often believe that success only comes from power, money or status. Yes, those things are important benchmarks for career measurement, but being successful in life overall should be the true Holy Grail. So, if you are a C-suite executive, or aspire to be, but are riddled with anxiety, stress, pain and dissatisfaction–with relationships suffering in that wake–it’s evident that money and status isn’t proving as worthwhile as it can and should be. To initiate needed change, be brave enough to reframe your personal story, from cover to cover. Life isn’t meant to be one-dimensional or even work-centered, so actually sit down and map out what you would hope for each facet of your life to look like if it were a true success. Sure, start with career goals to get the juices flowing, as that might come most easily, but then do separate exercises for as many other areas of your life that you can break down. This can include marriage, children, extended family, friendships, professional networks, social media/networking, investments, travel, physical fitness, self-care/beauty, fashion and style, transportation, entertainment, hobbies and passions and so on. Life is abundant. You’ll soon see that life fulfillment means—and needs—so much more than what happens on the work front. It can be a means to an end, but there’s much in between. Once you start mapping it all out, you might come to the realization that you’ve been missing out on quite a lot in your quest for career glory. Reframe your success story with a more holistic approach—know what success “looks” like for each facet of your one and only life and commit (for real) to get there on all fronts.

● Classify and conquer your “fatal flaw.” One definition of a “fatal flaw” is that which causes an otherwise noble or exceptional individual to bring about their own downfall, which can be their own death—whether figuratively or literally. The idea that any particular fatal flaw is holding us back is a primary reason why so many overachievers become hooked on their actualized achievements and come to rely on fake confidence and aggrandizement versus operating from a place of vulnerability and authenticity. This in an effort to hide or cover up that flaw, whether consciously or unconsciously. Sometimes the phrase “character flaw” is synonymous, with this notion revealing a bit more that the flaw is about the person, themselves, and not really his or her circumstance. One report cites that, “Heroes have a fatal flaw which they wrestle with on a consistent basis. This may open them up for specific conflicts later,” again underscoring that this most sinister kind of flaw can not only hurt you now, but also well into the future. So, to achieve true superstar status fostering genuine, lasting happiness, it’s imperative to discern if you have a fatal flaw and, once identified, work wholeheartedly to resolve it—or learn how to effectively function at a high-level amid it (if that’s even possible). One piece of published research identified “Ten Fatal Flaws That Derail Leaders” that included things like “don’t collaborate,” “resist new ideas,” and “accept their own mediocre performance” with one particularly eye-opening point of note: that the flaws identified “sound like obvious flaws that any leader would try to fix. But the ineffective leaders we studied were often unaware that they exhibited these behaviors. In fact, those who were rated most negatively rated themselves substantially more positively. Leaders should take a very hard look at themselves and ask for candid feedback on performance in these specific areas. Their jobs may depend on it.”

● Course-correct crippling self-constructs. A common obstacle to a “superstar” realizing genuine happiness is their own reliance on self-esteem, which is different from self-acceptance. Self-esteem is defined as “a positive or negative orientation toward oneself; an overall evaluation of one’s worth or value” and, for overachievers, depends on external conditions being met (i.e., what they are achieving) and how they then “rank” against the others in their society. Self-acceptance, which is a critical factor in genuine happiness and authenticity, is founded on other key self-constructs like self-compassion—a person’s ability to forgive them self for essentially being human and, thus, imperfect. Overachievers and aptly accomplished superstars are susceptible to being heavily dependent upon the opinions of others, their corresponding status and their perceived stature versus understanding, and primarily relying on, self-acceptance. In many cases, this feeling of unworthiness is what coaches like me consider to be fatal flaws for the overachiever. It’s that “something” about themselves they feel makes them “less than.” That which they feel if others knew in full, it would cause those others to disrespect or outright reject them. Resolution here can be found when an overachiever consciously fights back against the urge and instinct to beat themselves up for not being exactly “done” or for other self-assessed shortcomings, and replace those notions with ideation promoting high self-esteem characteristics. According to reports, this can include “being open to criticism, acknowledging mistakes and being comfortable with giving and receiving compliments,” while also knowing what your values are and living life accordingly. Some or all of which may sound easy but given these insecurities have forged a well-honed path in an overachiever’s mind over time, it’ll take deliberate and sustained effort to course correct. But, once the mind starts to habitually recognize internal dialogue promoting low self-worth, combating it will become perfunctory. Truly happy superstars are steadfast with the practice of being kind to themselves; unequivocal in their belief that self-criticism is self-defeating. 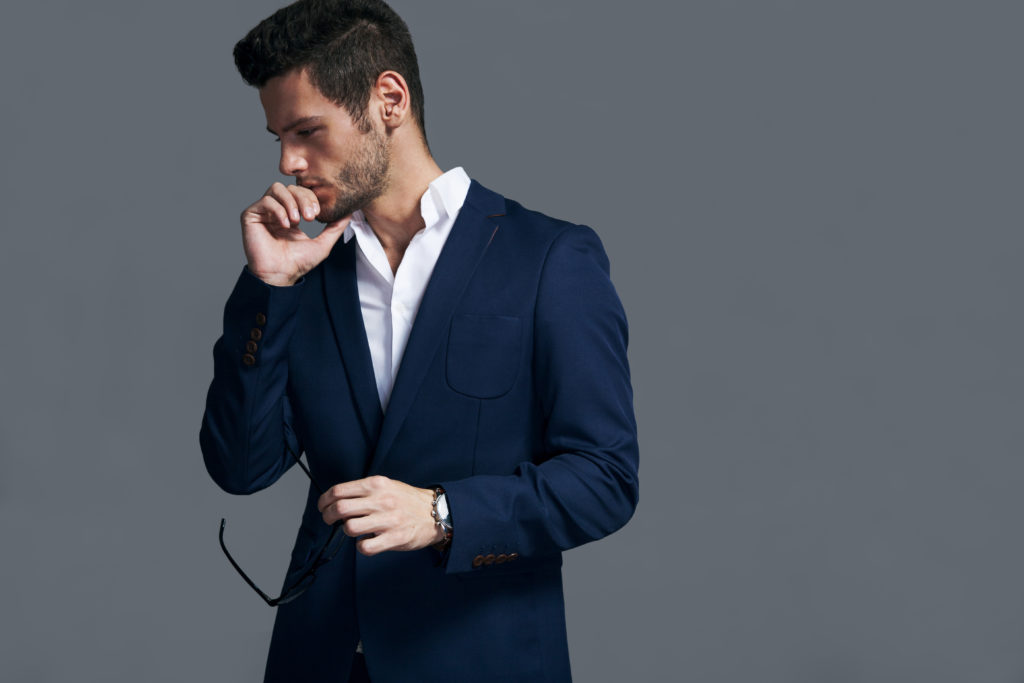 “It’s time to stop living life for achievements, money, accolades and the validation of other people,” Eldad urges. “It is my hope that those locked in patterns causing anxiety and misery–and a life devoid of meaning, purpose, self-love and happy relationships–seek and find a trusted way to question themselves and find out who they really are and what their authentic path is, leading to genuine answers and clarity. First, you must admit and even embrace the notion that ‘you don’t know what you don’t know,’ which is to say that you have a few things left to learn, and then actively aspire to attain that knowledge and wisdom. In doing so, you may actualize profound happiness—the truest measure of success.”

NEMA By Crescent Heights Officially Opens Its Doors in Chicago