The Mediterranean is famed for its dreamy beaches that strikes its visitors with natural contrasts, white sandy beaches, and a captivating history and heritage. With a literal world of options to choose from, it can be tough to decide your next vacation, so we narrowed down the list to only the best. Here are our top five Mediterranean beaches to visit this summer for the perfect dream escape.

Antalya bordered by the Taurus Mountains is the largest city on the Turkish Mediterranean coast and considered the fourth most visited tourist destination in the world. Known for its natural waterfalls, crystal blue sea, white sandy beaches, ultra-luxury resorts and rich history. It is no surprise it won the prestigious international Blue Flag 2019 award marking it as one of the best beaches in the world to visit. For history enthusiasts, make sure to explore the old town center and see the Hadrian’s Gate or Üçkapılar, which was built in the name of the Roman emperor Hadrian, who visited the city in the year 130. It is the only remaining entrance gate in the walls that surround the city and harbor.

On the North-West coast of the island Zakynthos, Greece is Navagio beach with its exposed cove and picturesque turquoise waters is a dream oasis for the serious beach goer. Better known to locals as Shipwreck Beach or often referred to as ‘Smugglers Cove,’ can only be accessed via boat. The abandoned shipwreck, Panagiotis buried in the limestone gravel was rumored to be smuggling contraband such as cigarettes and wine and ran aground Navagio beach during stormy weather. 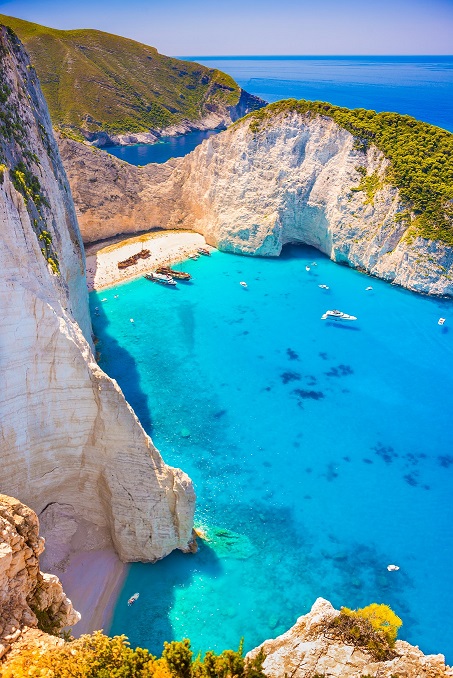 Zlatni Rat Beach is situated in the southern part of Brac Island and is a long golden pebble beach that stretches out to the Adriatic Sea and arguably the best beach in Croatia. The shape of the half-kilometer beach continually changes form by wind conditions and sea currents and is often referred to as the Golden Cape or Golden Horn beach. With no sand or seaweed, it’s a great place to snorkel and a favorite amongst wind surfers.

Cabo de Gata is in the southeastern corner of Spain and is Andalusia’s largest coastal protected area with some of Europe’s oldest geological features. Preserved for its natural beauty it is a snorkeler’s dream with its wonderful corals and year-round warm climate. The mountain range of the Sierra del Cabo de Gata form Spain’s largest volcanic rock, creating some of the most amazing hidden coves and white, sandy beaches in the region. 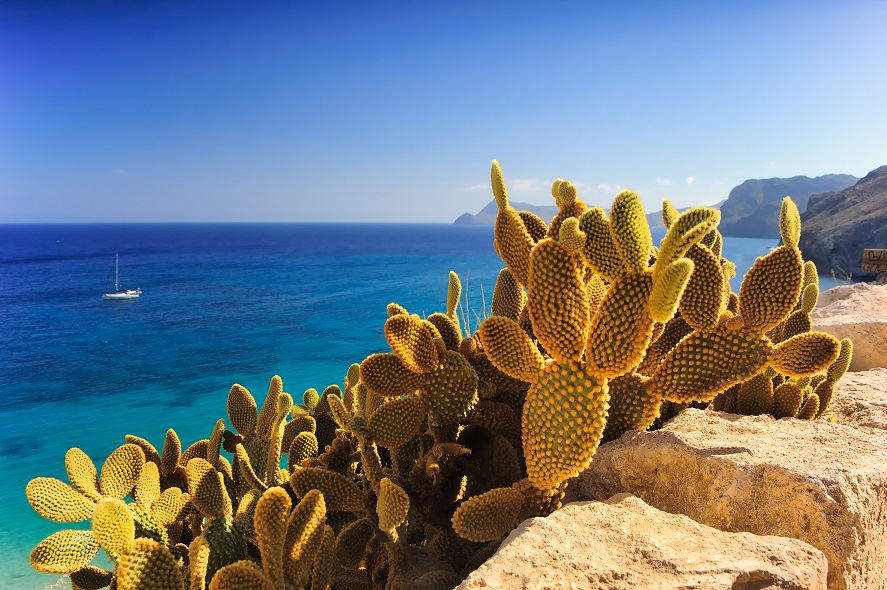 Sardinia is the second-largest island in Mediterranean after Sicily. Known to rival the French Riviera as a playground for Europe’s rich and famous with its emerald coast and snow-white sand, characteristic coves, and ancient archaeological finds that are scattered throughout the region. Places like Porto Cervo, San Teodoro, Santa Teresa di Gallura, and Baia Sardinia are only some of the charming locations that deserve a visit. You cannot leave the island without tasting the famous pane carasau.