With Strong Interest from First Time Homebuyers, Second Phase of Sales is Scheduled for Early 2019.

Downtown Los Angeles condominium tower Perla on Broadway first made its stylish residences available September 15 with the launch of its sales center. With studios starting in the high $400s and going up to two-bedroom Sky Homes on the top floors for up to $1.5M, Perla provides a wide range of home options in the historic Broadway Corridor.

Photos Courtesy of Perla On Broadway

With an attractive price point and a trove of unexpected amenities promised to future residences, it’s no surprise that sales have taken place in a much more rapid pace than expected. SCG America, the developer behind the new condominium tower, announced that the first phase of the development has almost completely sold out, with 85 percent of the first phase’s 120 condos sold in just two weeks. Following this success, the developers plan to unveil phase two early next year, with hopeful buyers already lining up to join the growing waiting list.

“Due to unprecedented interest in our new homes, we will be releasing the second phase ahead of schedule to meet the growing demand,” the SCG America development team said, in a statement. “We’ve found our buyers are representing the future of Downtown Los Angeles, with young couples, first time homebuyers, and those looking to invest in the future of the area.” Perla is part of the decade-long “Bringing Back Broadway” initiative that has seen revitalization in the historic corridor. It is the first residential high rise to be built in the neighborhood in over a century. 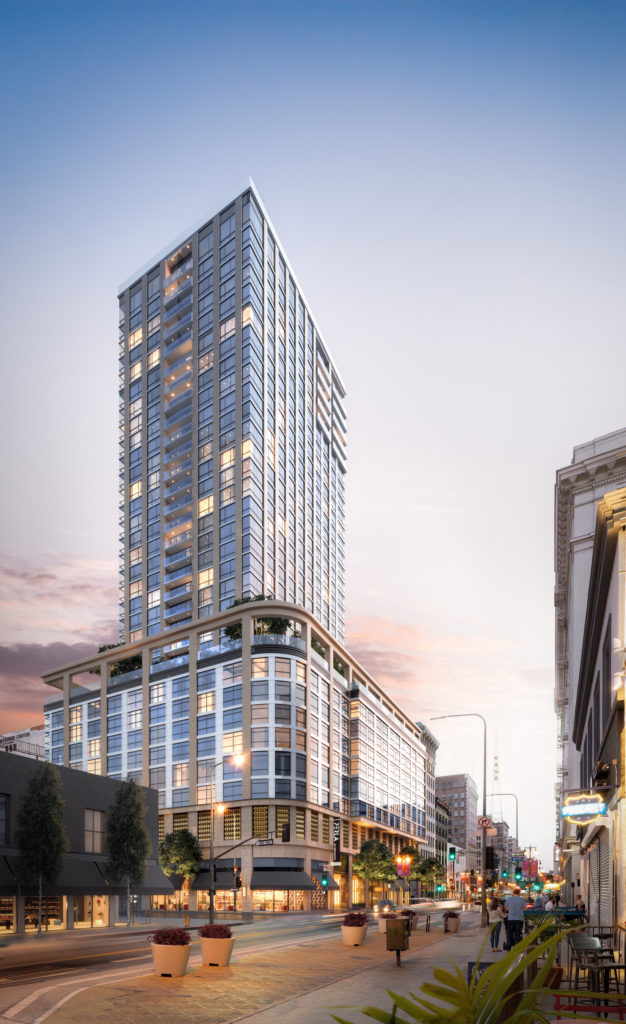 24With 35 stories of stylish interiors, modern amenities and a colorful neighborhood of walkable hotspots, Perla is poised to be the first and only high-rise residence in the storied neighborhood. Located at 400 South Broadway, on the corner of 4th and Broadway, the residential tower will feature 7,000 square feet of ground level retail and commercial space, surrounded by today’s leading brands, such as Apple and Urban Outfitters, which have taken up residence in converted historic theaters nearby.

Perla plans to release the next phase of development in the first quarter of 2019. For more information and to join the list for Phase 2, visit the sales center at 359 South Broadway, Los Angeles, CA 90013 or online at www.perlaonbroadway.com.

0
Contributing Writer December 16, 2018
No Comments Yet