Unlike any other restaurant concepts in the region, this eatery brought a fabulous new flare to the city’s famed Gaslamp Quarter by pairing contemporary Greek fare with modern, industrial chic architecture and interior design. Through consistency in both the front and back of the house, a commitment to top-shelf ingredients, a menu elevating classic cultural dishes, and a sky-high service standard, Mezé has unsurprisingly curated a devoted patron base in a competitive culinary scene rife with high-caliber dining options.

Even upon entering the space you feel an instantaneous energy emblematic of Southern California hotspots. A “happening” bar scene is indelibly underway toward the front of the restaurant, which seamlessly integrates with the exterior where outdoor seating is also available. Inside, super elevated ceilings in the anterior accommodate multiple levels of seating in the posterior, proffering a bird’s eye view of the action in the bar area, below.

As captivating as the scene is all around, it’s the food, itself, that’s the star of the show—duly complemented by a service staff exuding a pridefulness archetypal of being served multi-generational family favorites in someone’s own home. Understandable given that Mezé is a family-owned and operated business with many long-tenured staff members. The menu is well-conceived, amping up some of the traditional Greek dishes with fresh and inventive twists while maintaining a powerful overarching flavor profile—an apropos fundamental given that the word “meze” translates to “taste.” 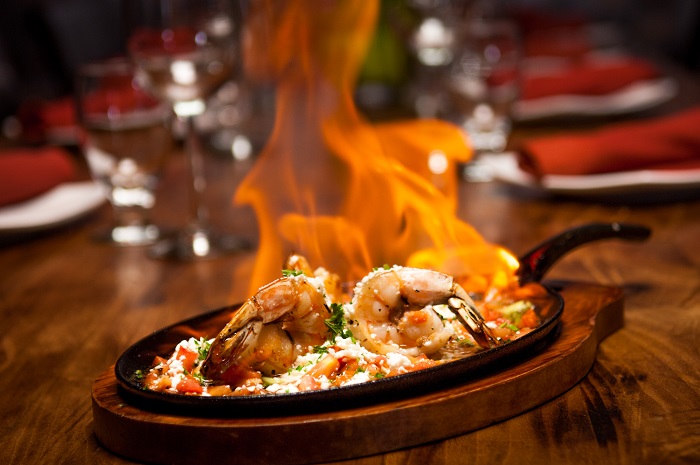 Hungry to better understand Mezé’s recipe for success, I connected with Patrick Davoudi and
Chef/Partner Aleko Achtipes for some insightful Q&A. Here’s what they had to say:

Q: What might people not know about the restaurant amid its success, but should?

PD: We actually work harder today…we don’t have a finish line. We are always fine-tuning things and learning to be better. This including knowing and caring for our employees. They are our lifeblood. We also know restaurants don’t happen overnight. There are countless days, and people, directly linked to our success.

Q: How would you sum up this restaurant’s approach to cuisine?

PD: Mezé Greek Fusion puts an emphasis on quality and freshness first and foremost, with attention to consistency also being paramount. Our approach to cuisine is to not overcomplicate or overdo it. Our style is based on tradition, but with no limitations. We aim to create honest and direct Greek fare that is traditional, but not restricted by trying to be authentic. We want to be able to embellish a little when we feel the urge to. 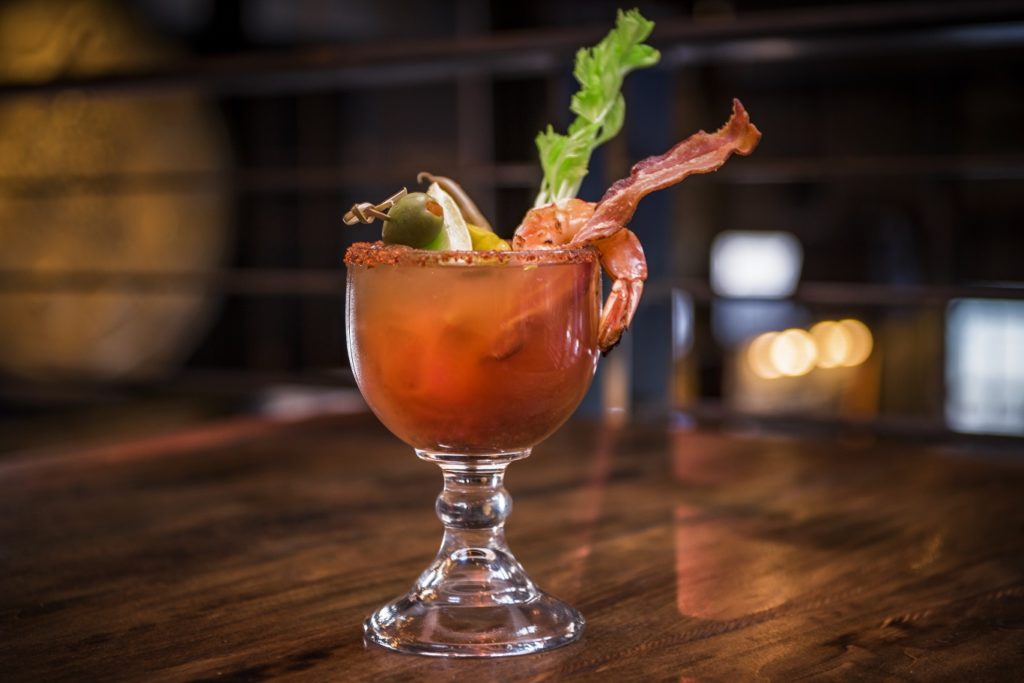 Q: Does this restaurant have a “signature dish”?

AA: Saganaki, which is a popular “meze” appetizer, is an obvious choice because it is interactive and a crowd pleaser. It literally lights up the room when the cheese is pan-seared and flambéed tableside while the servers and guests yell, “Opa!”

MK: this delectable selection from the hot starter group is a revered Greek dish. It features pan-seared kasseri cheese flambéed in brandy tableside, rendering a crusty golden-brown exterior with the heat-softened and mild sheep’s milk cheese ensconced therein. Served with pita, this is an appetizer that’s hard to beat—on this menu or any other. The fun tableside showmanship further elevates its appeal.]

AA: There are two other dishes that some diners are apprehensive about ordering, but are favorites at Mezé Greek Fusion and consistently deliver: the lamb chops and octopus. Lamb, of course, is regularly associated with Greece by and large. The average diet in Greece consists of very little lamb on a weekly basis as it is reserved more for special occasions, festivals, etc. When lamb is consumed or cooked, it is almost always in large quantities and in a celebratory atmosphere.

Octopus is also a staple of Greek cuisine and has become a staple which has become idyllic with the country by virtue of seaside taverns hang-drying their fresh octopus on display. It has also gained a lot of momentum in recent years as you’re seeing it on more and more menus. Starting with the best product is a key part of delivering a fantastic dining experience. Knowing that each octopus is different and should be treated differently is important with respect to cook/prep times. Not masking, altering or hiding octopus is also key to a true signature result.

MK: during my own visit to Mezé I did also opt for the hot starter Imported Mediterranean Octapodi Skaras char-grilled octopus served atop simple greens with a heavily herbed latho lemono—an olive oil and lemon dressing. Having experienced a multitude of iterations of grilled octopus throughout my dining escapades, I can attest that Mezé’s selection and treatment of this tricky soft-bodied cephalopod is remarkable. Theirs is impeccably tenderized and seasoned, and the grilling is not over-done such that the fatty sections of the tentacles are NOT over-charred and bitter as is
all-too-often the case at other locales.

Relatedly, I did also sample Mezé’s Calamari, with a light golden brown outer crust that was fortunately more of a dusting than a breading, letting the flavor of the large-sectioned, perfectly tenderized seafood shine through. This was served with a thick-spiced tzatziki.

If crustaceans are more your speed, the Shrimp & Ouzo Saganaki appy—four jumbo shrimp pan-seared with ample amounts of garlic, tomato, green onion, and feta cheese flambéed in ouzo tableside, will knock your socks off! The richness and intensity of this flavor-forward dish is tempered with a side of pita. 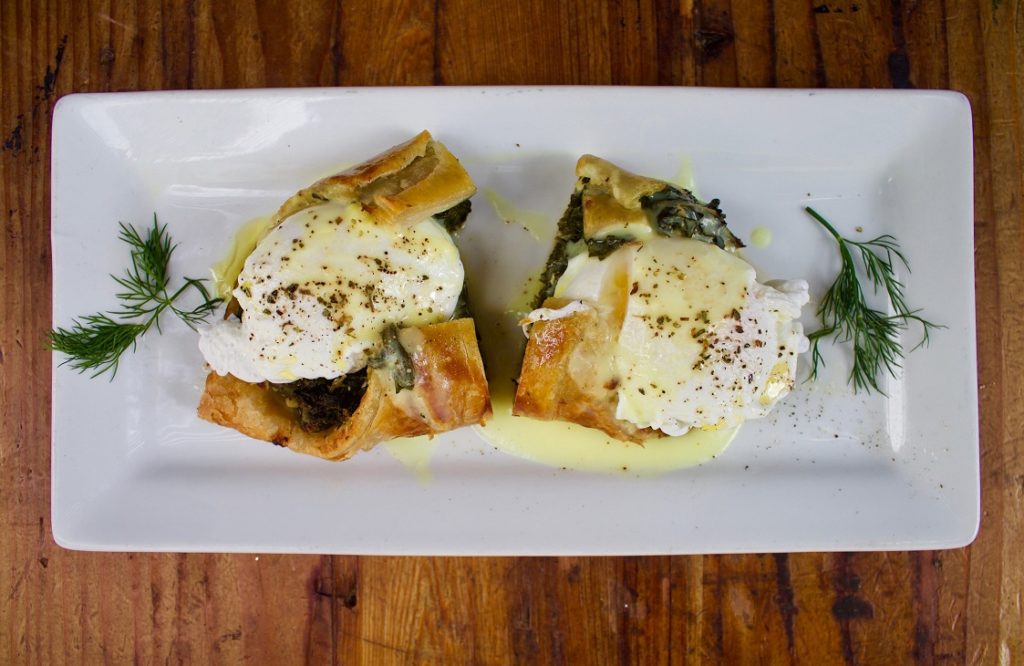 Q: Aleko, as the Chef, tell me about your background—what are some career highlights?

AA: My experience has taken me all over California, with a particularly long stint operating the Aegean Café in Laguna Beach. A few notable stops on my path to Mezé Greek Fusion include Estiatorio Evvia in Palo Alto, Taverna Tony’s in Malibu and The Great Greek in Los Angeles; they are some of Southern California’s premier Greek restaurants. What has really honed my experience with Mediterranean cuisine is my travels throughout Greece and Europe. My first four jobs were alongside my father in his Greek restaurants or at the restaurants and clubs that he performed in as a singer.

The highlights of my career are related to the guests and their experience. When one of the restaurants is received well and exceeds expectations, that’s what I enjoy more than anything else. 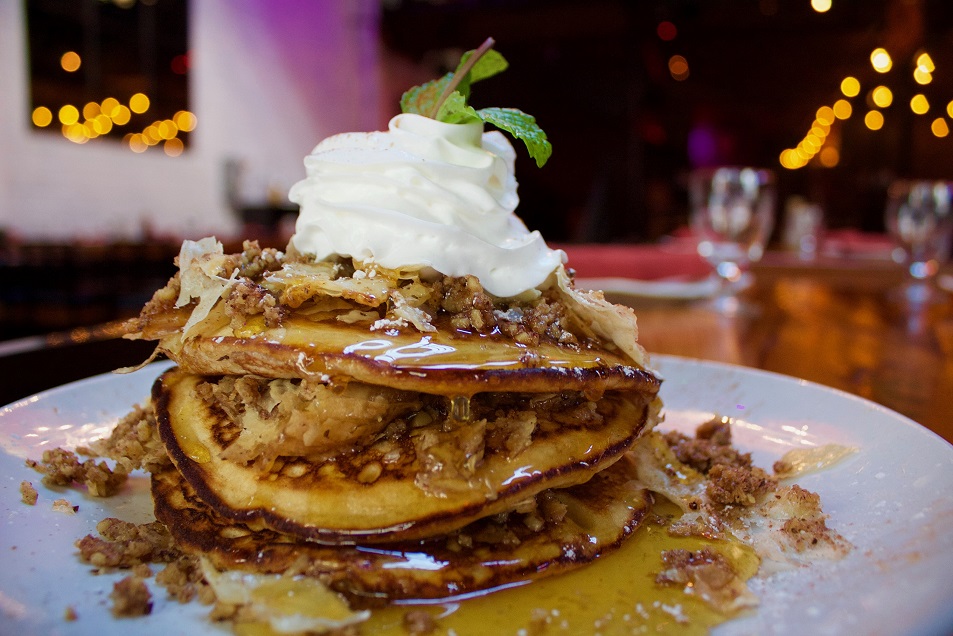 Q: What is your personal favorite item on the menu?

AA: Can I pick two? The octopus and the Dolmathes [grape leaves stuffed with ground sirloin, lamb, rice, mint, and dill that’s served with an egg-lemon “avgolemono” sauce (a heated, thickened mixture of egg yolk, lemon juice and broth] are too good to choose between.

MK: For my part, favorites vacillate from the starters described above to impressive entrées like the char-grilled Lamb Chops—four amply portioned chops with an appropriately pink center, blanketed in a simple herbed latho lemono sauce. These are served with three large peeled lemon potato sections and a side of sautéed seasonal vegetables. I also reveled in the Whole Fish of the Day that, on the evening of my visit, was Sea Bass. Also bathed from front nose to back fin in an herbed latho lemono sauce, the sizeable fish was skillfully deboned tableside and tendered so much meat I was able to take some home to enjoy the next day as well. 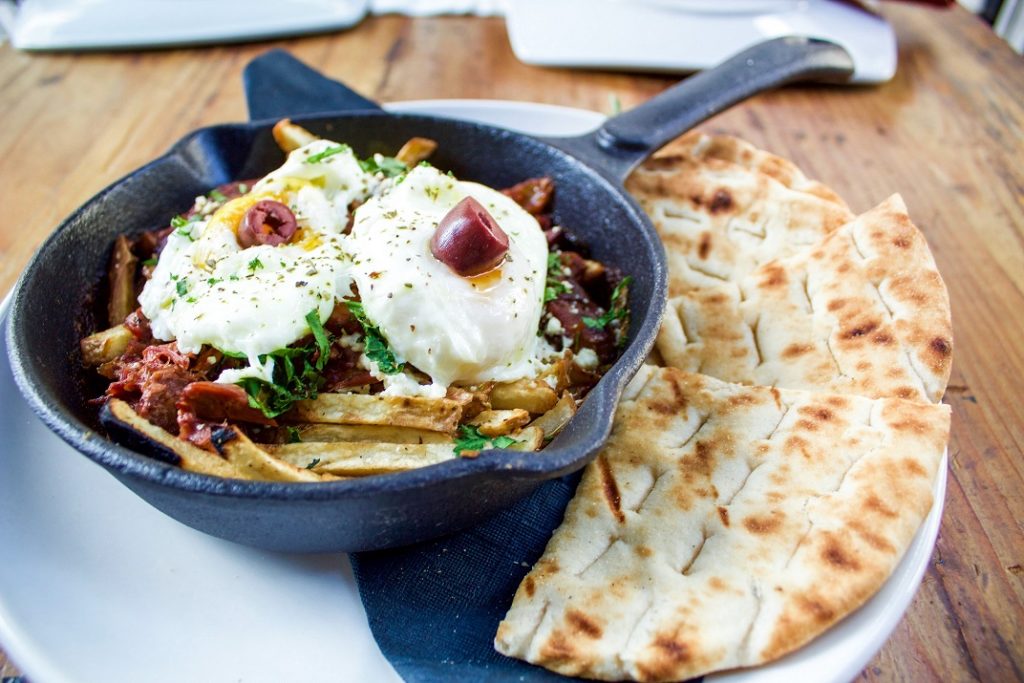 Dessert-lovers will surely enjoy this eatery’s Loukoumades, also affectionately known as the Greek donut. These large rounds of crisp, fried dough are tossed in cinnamon and sugar, resulting in a taste reminiscent of a Mexican Churro. But the drizzling of Greek honey, sprinkling of walnut crumbles, and bed of sweetness-tempering plain Greek yogurt duly makes this a dish all its own.

Q: Patrick, are there any interesting factoids you can share relating to the restaurant?

PD: I have heard a rumor that the building we occupy was once a bootlegging operation. Another rumor is that Aleko breaks stacks of plates over his forehead. Neither rumor can be confirmed or denied. 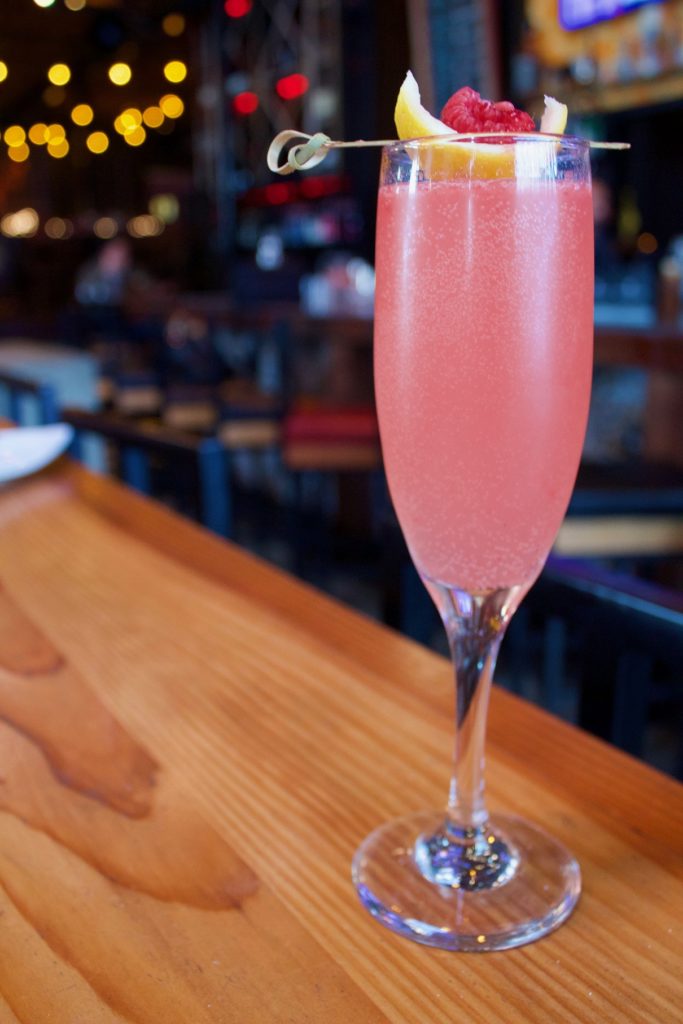 MK: as I write this, Mezé has an initiative underway supporting wildfire relief efforts in Greece with a month-long fundraiser whereby sales proceeds from select menu items during the period are being donated to support the victims of the devastating and deadly wildfires in Greece.

And, a few years ago, Robert Irvine [the celebrity chef and talk show host] visited Mezé Greek Fusion and was very gracious and receptive to our questions. His parting advice to us was simple; he told us: “Keep doing what you are doing.” It was a great vote of confidence at a time when we were still finding our way.

Are You Physically and Mentally a Good Candidate for Cosmetic Surgery?