San Francisco developer Jay Paul Company’s first foray into residential development, 181 Fremont in San Francisco, garnered top global awards from the esteemed international Council on Tall Buildings and Urban Habitat. The awards were announced in Shenzhen, China in early April and represented entries from 20 countries and 33 global cities. 181 Fremont presides over San Francisco’s skyline as the most exclusive residential development in the city and the tallest mixed-use tower west of the Mississippi River.

This prestigious awards program recognizes projects and individuals that have made the greatest contributions to the advancement of tall buildings and the urban environment, while reaching sustainability at the highest and broadest level. 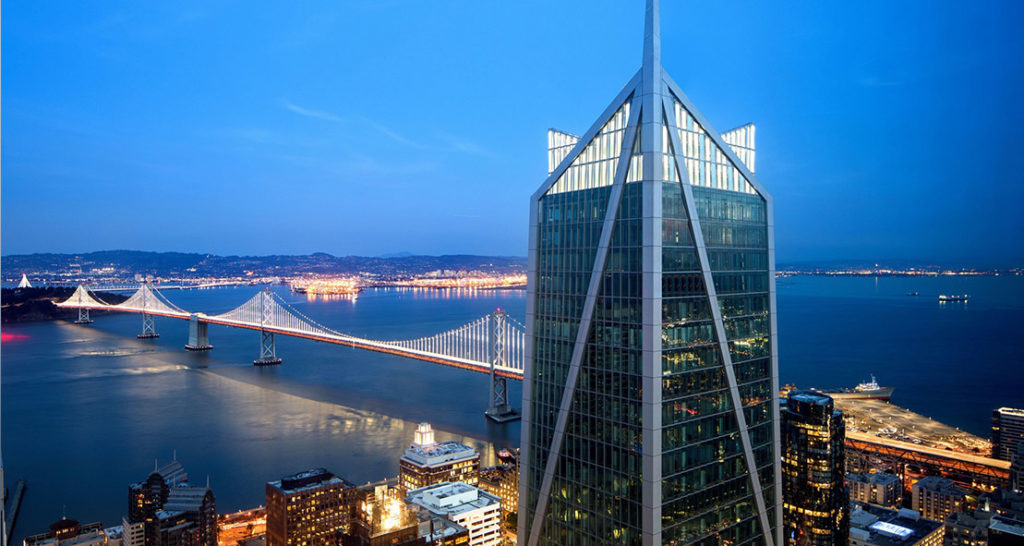 Opened in 2018, the completed residential tower soars over 800 feet into the sky and was designed by Heller Manus Architects and engineered by ARUP Group. Notably the most exclusive residential development in San Francisco with only 55 residences, 181 Fremont is also the tallest mixed-use tower west of the Mississippi River.

Additionally, in February 2019, 181 Fremont was one of a select group of outstanding structural steel projects that have earned recognition in the 2019 Innovative Design in Engineering and Architecture with Structural Steel awards program (IDEAS2).

181 Fremont rises 802′ from San Francisco’s downtown high-tech nexus to transform the skyline and has set a new bar for luxurious residential living in the West Coast. The $850 million tower features a state-of-the-art exoskeleton designed in a saw tooth pattern, with a magnificent spire that ascends from the crown of the building. 181 Fremont’s central location in the East Cut invites easy access to Silicon Valley and is surrounded by icons of technology including Salesforce, Facebook, Google and Twitter. The award-winning architecture reaffirms San Francisco as a global city on the forefront of innovation and design. It stands to redefine not only the neighborhood, but also the very definition of San Francisco living. Exclusivity at its finest, 181 Fremont provides access to the entire city all from the privacy — and security — of home. Sales and marketing for 181 Fremont are handled by Compass Development.