Our latest personal handover was in Miami, Florida. This original concept D90 was designed by and built for international sensation Luis Fonsi – the Puerto Rican singer/songwriter who received global recognition with his chart-topping track Despacito in 2017.

The Luis Fonsi and Justin Bieber remix received three Grammy nominations. The original version received no less than four Latin Grammy Awards and is the most viewed music video in YouTube history.

Fonsi is Puerto Rico’s official Ambassador for Tourism and balances this with his busy tour schedules. He also spearheads the ongoing relief effort to rebuild the town of La Perla, (where ‘Despacito’ was filmed) after the devastating effects of Hurricane Maria last year. Find out more at www.youcaring.com/luisfonsi.

On the day ROCCO was delivered, Luis was ready and waiting for the handover team to arrive at his Miami Villa; he could hear them coming via the signature burble of its V8 engine. Watch the film to see Luis’ elated reaction when they pulled into the drive.

A trendsetting D90; the perfect fusion of Miami chic and Puerto Rican spirit. With its shimmering Java Black paint and Summer Orange leather trim, it’s the perfect ride for cruising along South Beach to the Florida Keys. 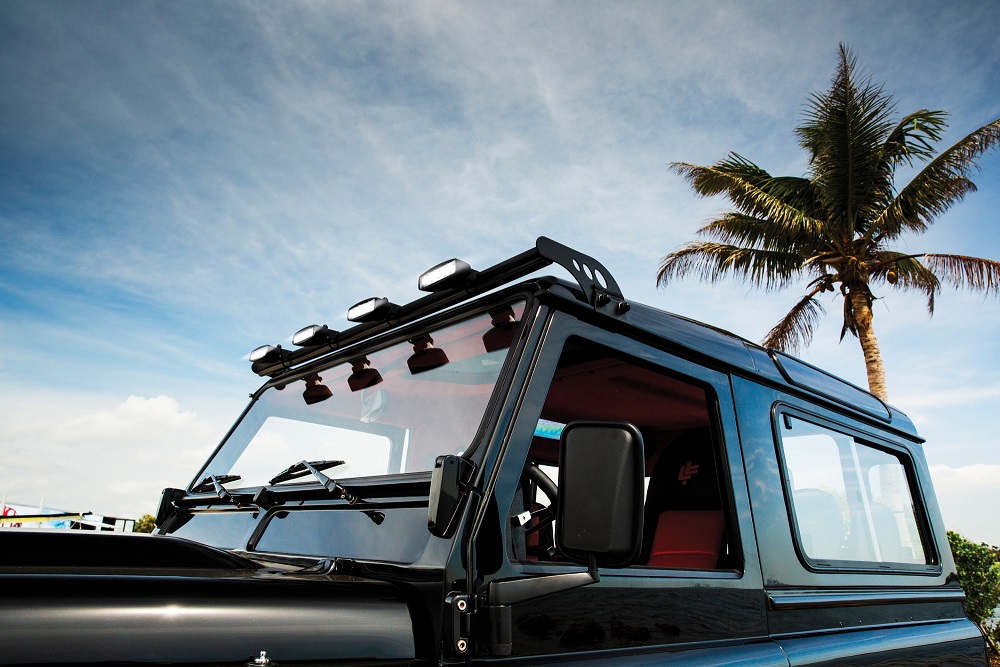